Skip to content
budgeting / Financial Literacy / past due bills

Some experts recommend having at least $1,000 as a starter emergency fund. Others tout the importance of having 3-6 months of expenses put away at all times. I’ve personally written about emergency funds and how they’ve helped me in the past.

However, I recently had to reevaluate my opinion on emergency funds when a friend asked me for advice. She was late on several of her bills and had experienced a string of bad luck. She wanted to know if she should pay her past due bills or save for an emergency first.

So, let’s look at the pros and cons of this situation and see how you can apply it to your own life:

Benefits of Saving an Emergency Fund Before Paying past due Bills

By prioritizing your emergency fund ahead of paying past due bills, you prepare yourself for future, unexpected yet inevitable expenses. You’ll automatically feel less stressed, knowing you have money saved. You’ll be among the few Americans who actually have some savings.

Life isn’t all roses however when you prioritize your emergency fund ahead of your bills; your water, electricity or cable could be turned off. Your credit could be damaged.

Collectors might call non-stop and harass you. Those are all potential pitfalls and pains you need to evaluate as you make your decision about which financial priority you tackle first.

What Should you Do?

At first glance it seems like there are equal amounts of pros and cons when it comes to the emergency fund vs. past due bills debate.

One on hand, building an emergency fund quickly will prevent this problem from ever happening again. On the other hand, waiting any longer to pay past due bills could lead to harassing phone calls, damaged credit and more.

Ultimately, what I told my friend is the same advice I have for you: think of all the ways you could make more money fast. There are many ways you can build a side business and make money long-term. However, for her situation, she needed money fast. If you’re in the same boat and need extra money right now, here are some ways you can get it.

How to make more Money Fast

It won’t come without work, but there are a few steps you can take right now to make some extra money fast.

These three options make the most of what you likely already have at your disposal. You probably have items in your house you can sell and hopefully you already have a job at which you perform well. There are other things you can do to improve your income over time, but the three examples above are what you can do quickly and immediately to get more money fast.

If you can make a couple hundred dollars in a few days, you won’t have to worry about deciding between an emergency fund and your past due bills. You’ll have enough extra cash to take care of them both.

Not only will this extra income allow my friend and you to pay your late bills, but you will have a small amount left over for a starter emergency fund. It will take some hustle, but it’s the best of both worlds. 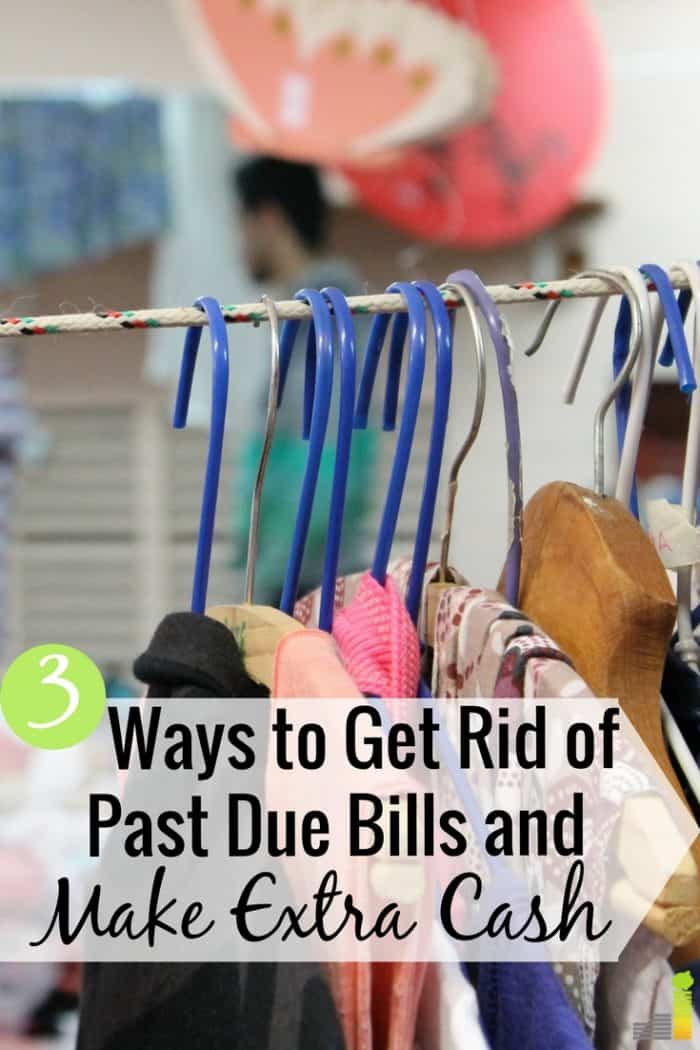 Even a Small Emergency Fund Is Better than Nothing

Remember, even a $50 starter emergency fund is better than nothing. Working hard for a few days to create money quickly will show you what you’re capable of accomplishing; and believe me, you’re capable of more than you think.

Find an online bank, like Barclays Savings, that has no minimum balance requirement and pays a decent interest rate. Synchrony, for example, pays at least 1.30% and lets you start with as little as you want.

This, combined with the stress relief of not being behind on your bills, should inspire you to watch your spending to stay current on the next month’s bills that come in.

I truly believe a combination of increased income and reduced spending can break the paycheck-to-paycheck cycle for just about anyone. Add and emergency fund to that, and you can eliminate virtually all of your financial stress.

Would you have told my friend? What do you think comes first? Is it better to save for an emergency fund or pay off past due bills? Have you been in a similar situation and, if so, what did you do? What are some ways that you’ve found to make extra money fast?

The post Should You Pay Past Due Bills or Save for an Emergency Fund? appeared first on Frugal Rules.